When my one-year-old honey-bunch stares soulfully into my bleary eyes, I swear there’s a conspiracy between her and the writing gods never to let me pen another word. At least not until she’s safely at preschool, by which time I suspect my brain may be permanently scrambled in ga-ga-goo-goo land.
I’m not searching for mere fame – I’m compelled to write to keep my sanity, but excuses are my best friends. When it comes to writing that blockbuster I confess to suffering from a chronic Scarlet O’Hara condition. Well, tomorrow is another day.
My creative brain has given birth to beautiful nuggets of prose, regrettably fated to wither and die within the confines of my mind before I capture them on paper. The passion I nurture in my romantic dreams starts to wane when it comes to putting my bum on a seat and actually writing. It’s much easier and more chic to talk – to anyone who’ll listen – about my endeavors in the craft.
One of my best adolescent excuses was, “My English Lit teacher told me to go out and experience life.” This gave me nearly a decade of freedom, without writing a word.
Then, the writing itch grabbed me by the inspirationals reawakening a burning desire to write. My unwritten blockbuster beckoned.
Historical and romantic fiction fed my teenage dreams and I created my own worlds with drop-dead gorgeous hunks and wouldn’t-you-just-love-to-throttle sweet, virginal heroines and sassy, gutsy protagonists. I could imagine becoming a celebrated author.
But life got in the way. Marriage qualified me to talk and write about love, but the only certificate I deserved was for consistent creative procrastination. I was too busy working – nay slaving – years in the heart of the West End of London to write even a word. A catatonic moment on the crowded train was my only opportunity to enter into my own little universe.
Then the writing bug sank its greedy teeth into me at the unlikeliest moments. Numbed at having to type reams of a pedant’s engineering garbology in my job, I was overtaken with an unquenchable yearning to throw the computer out of the window and lunge for my cerise note book in my secret desk drawer. The one filled with the obligatory chocolate fix and newspaper clippings of writers drinking from the cup of enigmatic wisdom and fortune to success. My heart galloping, I put down gems of ideas and overflowing witty dialogue immediately.
Temporarily sated, I returned calmly to the dull work of reality.
But! Nothing prepared me for the most frustrating mind numbing and yet exhilarating task of writing when pregnant.
Food or writing were not on the agenda in those first months. Who put the word “morning” in “morning sickness”? A man? “Eternal with no forewarning sickness” is more apt.
To add insult to injury, my bulk left me feeling like a beluga whale in my suddenly tiny desk chair, concentrating on the keyboard. I felt as elegant as a dancing hippopotamus in a tutu. I lost many a great story idea, being far from inspired to get my little note book out. All I cared about was my potty emergency.
I threw in the towel when my bottom set off the printer while I leaned in the opposite direction in my writing space. I know it’s all good story material in hind-sight, but I knew an escapist reader would much rather be swooning and panting with ecstasy, longing for heroes that shame Johnny Depp or Brad Pitt, instead of thinking of Braxton Hicks contractions.
Forever a romantic I was certain I would live to write again. Maybe snatch a few peaceful hours while baby slept the day away, like other newborns did.
But, no, not a bit of it.
Now a year on, I’ve found my niche of relative sanity and I do write. A bit. Sometimes.
When?
Here’s my secret. I tire baby out by day; stimulate her inquisitive little mind and keep her wriggling body well occupied in bouncers, swings, cots, buggies and any contraption that will get her exhausted.
By seven-thirty it feels more like midnight. Even if every cell of my body is stiff from being her personal walker, chauffeur, piggyback rider, chef, clown, I focus on the keyboard. But don’t worry, unlike cursing the entire male population in the labor room, these days only the postman gets sworn at – through a closed door – when he dares to drop that rejection slip through my letterbox.

At first I resented my husband’s ability to return to work to rest (only kidding, darling) because I was going round the bend praying for my muse to sober up. But we kept missing each other in different time zones, or maybe he’s geographically challenged like my better-half. And just when I’m convinced my once-vivid imagination has defected to the South of France – something magnificent happens. Inspiration strikes.
The haze lifts, I hear voices, (I’ll try and outrun the man holding out the jacket with the long arms), I open my notebook and I’m engrossed in my writing. I feel rejuvenated at being a creative channel in the world of the sane once more.
After some nights writing deep into the night exhaustion catches up with me, but I feel accomplished. So what if I walk into walls, doors, and my husband!
Can you see me with my night pen scratching away in the dark, trying to contain my crazy giggles at my outpourings, while my husband sleeps the night away?
Even if wakened in the wee hours by my tiny gorgeousness, I’m giddy with excitement at having captured the muse! And as I’m trying to keep up with baby’s mischief, her crawling from zero to sixty squeals in five seconds, a heroine jumps into my mind, some funny droll one-liners dictate themselves as if I’m watching a polished movie scene unravel, and I have to catch the butterfly in my net of words on paper.
I dump baby in her play-pen-cum-travel cot – see how far you travel in that, you little rascal of an angel – grab my notebook and encapsulate my idea forever.
Breathing a sigh of relief, I thank all the gods and stars for my biggest miracle smiling at me from the cot, and realize the gray matter in my brain isn’t completely defunct. Just slightly shell-shocked. 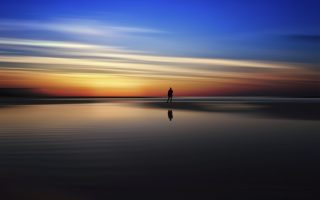 Some benefits of Social and/or Physical Distancing 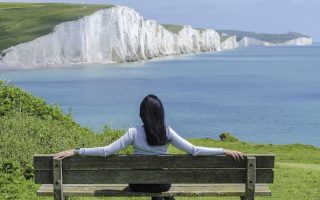 By Tanya Freedman Get Organized Health and Wellness Stress Management

How to Get And Stay Zen Calm