Tanya Freedman writes fiction under her alter ego, Gloria Silk. Check out these first two heady, intense interracial romances, which are garnering great reviews. Go to GloriaSilk.com for full details of these books and her upcoming new ones. 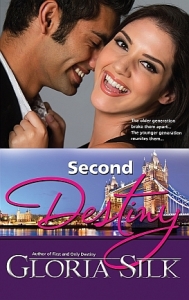 What if you and your first love get your happy-ever-after, but it doesn’t work out?

This story follows a beautiful, frustrated wife and artist who is reunited with the gorgeous hero with Bollywood-good-looks and charisma. When fate brings them face to face again, can they put their past behind, or will their sizzling, intense passion reignite and endanger everything in its path?